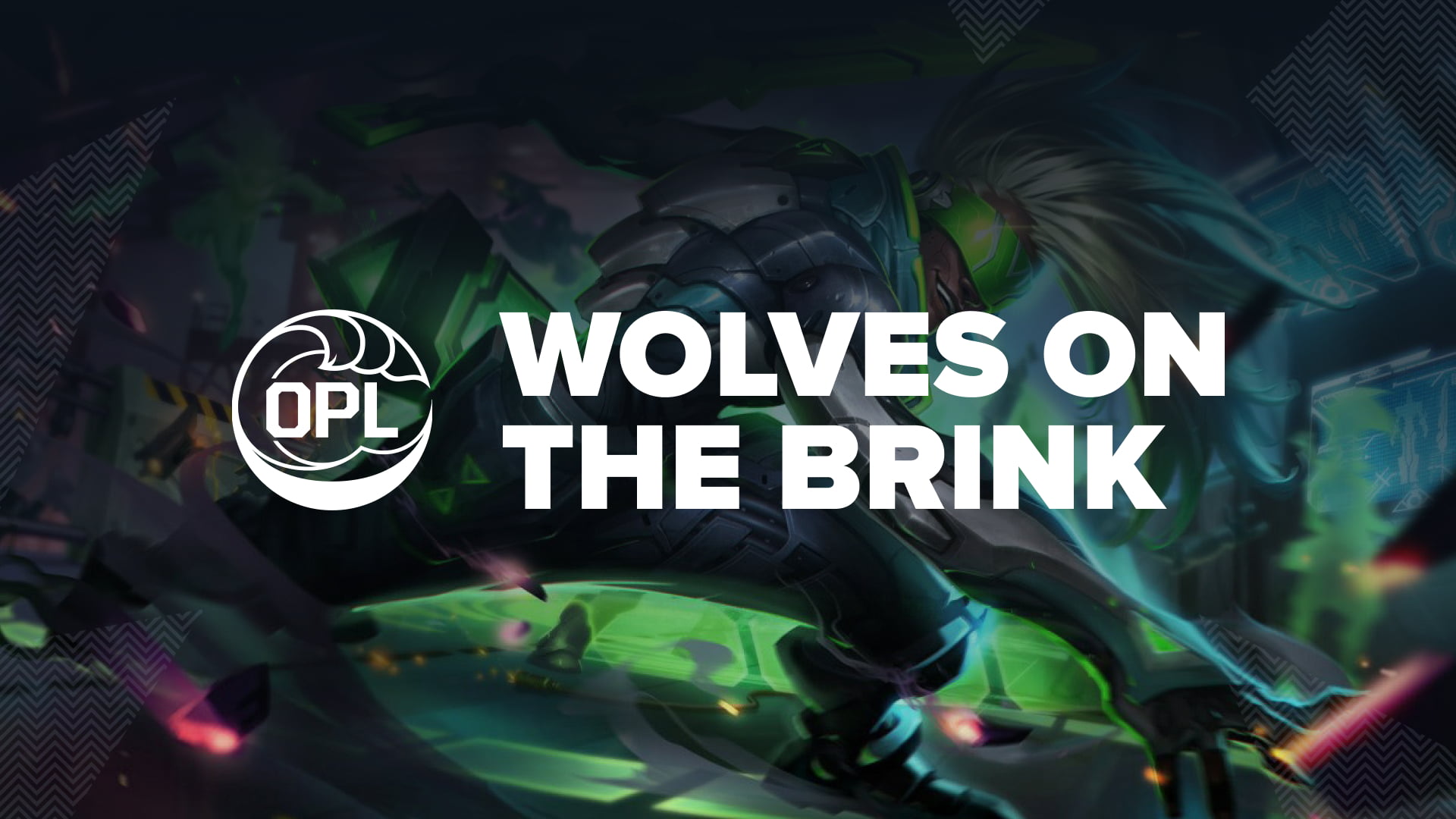 The Wolves on brink of making OPL history

The LG Dire Wolves take on Legacy in the OPL Split 1 Final this Friday 24th April. The achievement indicates a return to form for the OPL powerhouse; this will be the team’s 7th OPL final, and a win would secure its 5th title, and set a new record for the highest number of OPL titles.

The match takes place on Friday 24th April, with the broadcast commencing at 4pm on Twitch (https://twitch.tv/riotgamesoce/profile)

DireWolves finished the regular season in third place, and made use of their second chance after losing to The Chiefs in the first week of playoffs. The Wolves then undertook a thrilling route to the big dance; in a must win match they completed a ‘reverse sweep’ against Order, winning 3-2 after losing the first 2 games. They followed this up with another 5 game match, in a 3-2 victory over the Chiefs the next day.

After the reverse sweep , Ryan “Chippys” Short, Team captain and Top laner for the DireWolves said on twitter:

“That’s two reverse sweeps in my career and nothing feels better, proud of my team for their mental strength. We’re not stopping here, this splits ours.”

Throughout the year the Wolves have worked with a roster of 7 Players (Chippys, Mir, UDYSOF, Shok, Vital, Decoy and Cupcake) to give them the best chance to take the win against Legacy..

The season has not been without its challenges, including a need to adapt to competing and practicing from the team house  due to the temporary closure of the  Esports High Performance Centre (EHPC) from restrictions enforced during COVID-19. The team is settling into their new practice space and working hard to win the finals with coaching team have already achieved this split.

“The Dire Wolves owes no small part of its success to our dedicated group of sponsors, who enable the team to perform at their optimal level and do what they do best. As both a sponsor and expert advisor, Rubix facilitates improvements in our team’s performance through data analytical support. Neosurf Esports provides essential financial support to the team and LG and HyperX kit the team out with the very best gaming equipment. And of course our players can’t wait until we’re out of lockdown and back in the more professional environment the EHPC provides, thanks to the SCG Trust.”

“At the Esports High Performance Centre we aim to develop talent through provision of best in class infrastructure and support staff.  Data and analytics forms a key part of this and the partnership with Rubix has been a major contributing factor to the success of the teams and players attached to our programs”.‍